We are growing our own organic microgreens inside of our store. 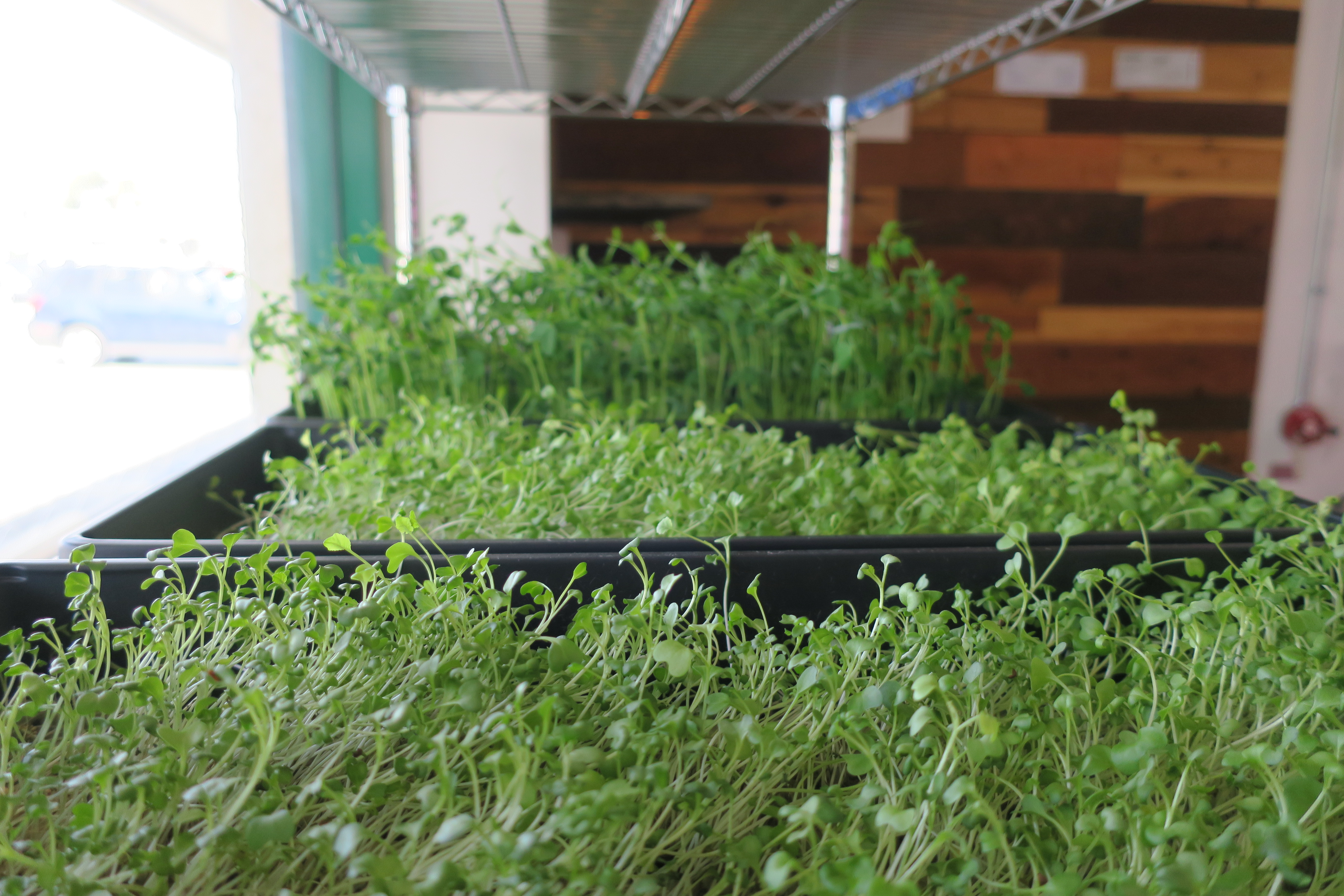 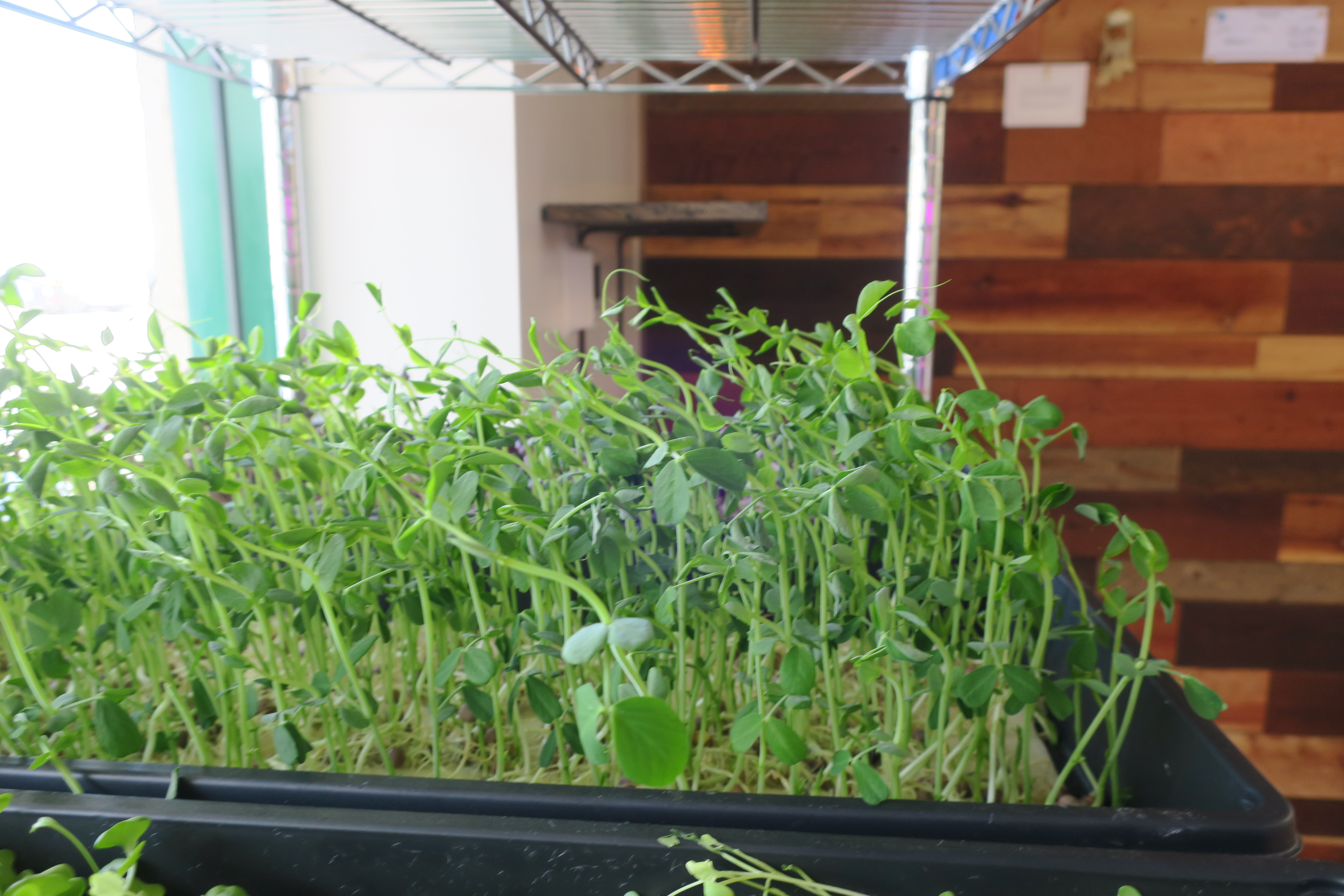 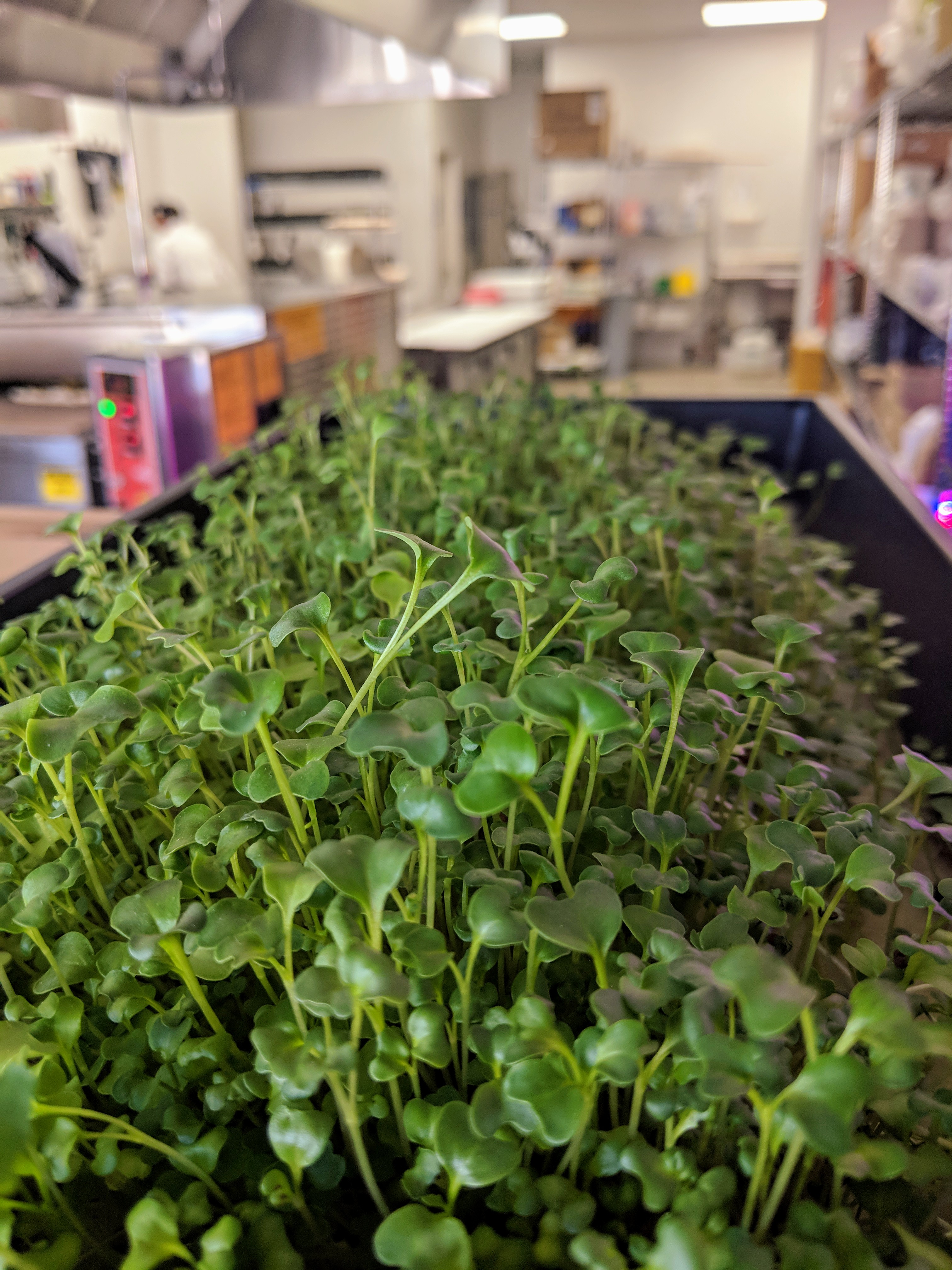 The shelves by the window grow using natural sun light. The other shelve has LED lighting, which is ideal for the growth. 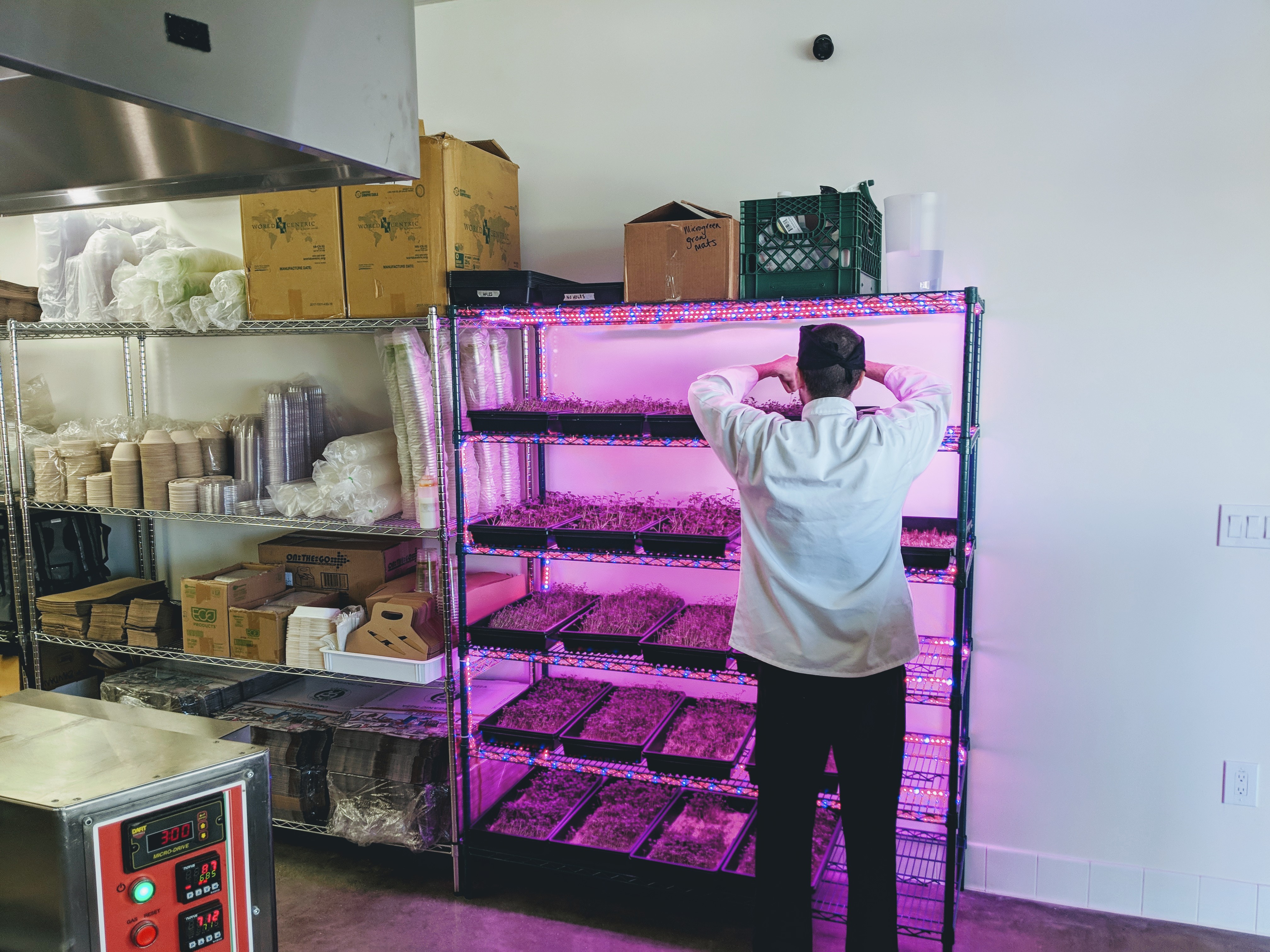 Microgreens are packed with nutrients.

ARS scientists analyzed key nutrients in 25 different varieties of microgreens and found that red cabbage microgreens (shown here) had the highest concentrations of vitamin C. These nutritious microgreens are ready to harvest just 10 days after planting.

Researchers at the USDA Agricultural Research Service have published, as of early 2014, several studies that identify the nutritional make-up and the shelf life of microgreens. Twenty-five varieties were tested, key nutrients measured were ascorbic acid (vitamin C), tocopherols (vitamin E), phylloquinone (vitamin K), and beta-carotene (a vitamin A precursor), plus other related carotenoids in the cotyledons.

Among the 25 microgreens tested, red cabbage, cilantro, garnet amaranth, and green daikon radish had the highest concentrations of vitamin C, carotenoids, vitamin K, and vitamin E, respectively. In general, microgreens contained considerably higher levels of vitamins and carotenoids—about five times greater—than their mature plant counterparts, an indication that microgreens may be worth the trouble of delivering them fresh during their short lives.[1]